The complex has baseball/softball and football fields, although I have only ever seen baseball being played there.

Not So Great Things:

The concession stand is located in the building in the middle of the baseball fields. You order at one window and receive your hot food at another, which is very efficient and keeps you from waiting around in the same place where others are ordering.  There is a limited menu, although they added new items from one day to another during our recent visit.  Entrees include hot dogs, corn dogs, and pizza sticks. The weekend that we were there, they were also serving breakfast items, which you don’t always see at local concession stands. The concession stand was also serving a variety of snacks, snoballs, and ice cream. I have never seen such an extensive snoball selection. 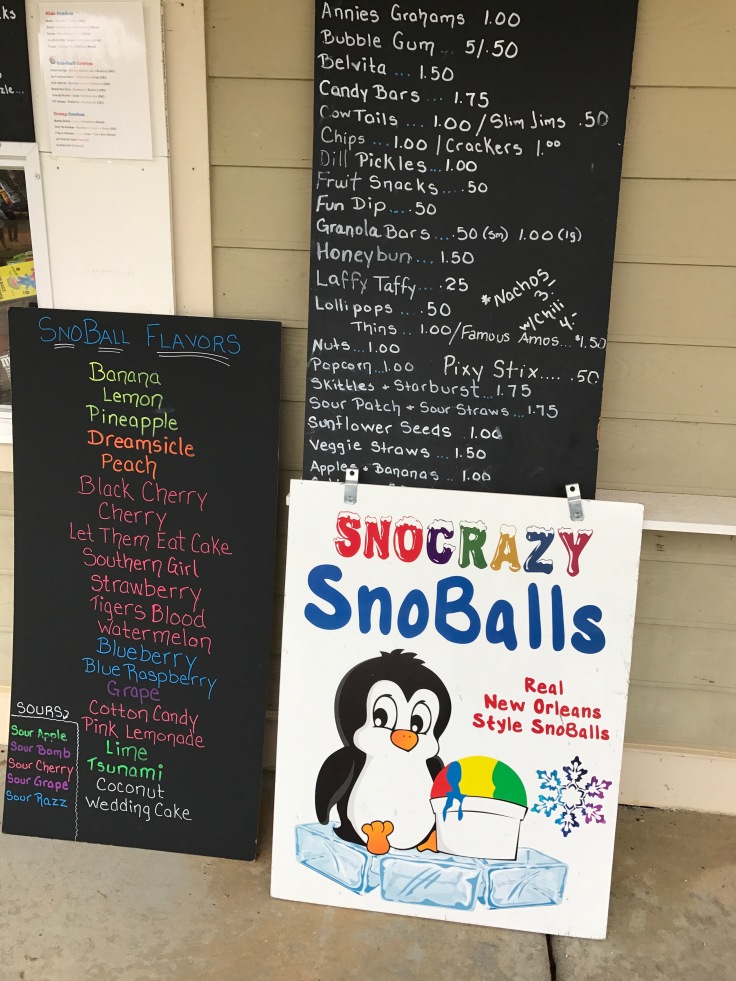 The restrooms are in the same building as the concession stand. There are 5 stalls in the women’s bathroom.  The men’s bathroom has 2 urinals and 3 stalls. According to #12, there is one tall and one short urinal.  The bathrooms are fine, although the women’s bathroom became very messy late Saturday and it was not cleaned.  Doors to the stalls are tall enough for lots of privacy.

The Oxford ParkAthletic Complex is located at 6048 Horner Siding Road in Oxford. 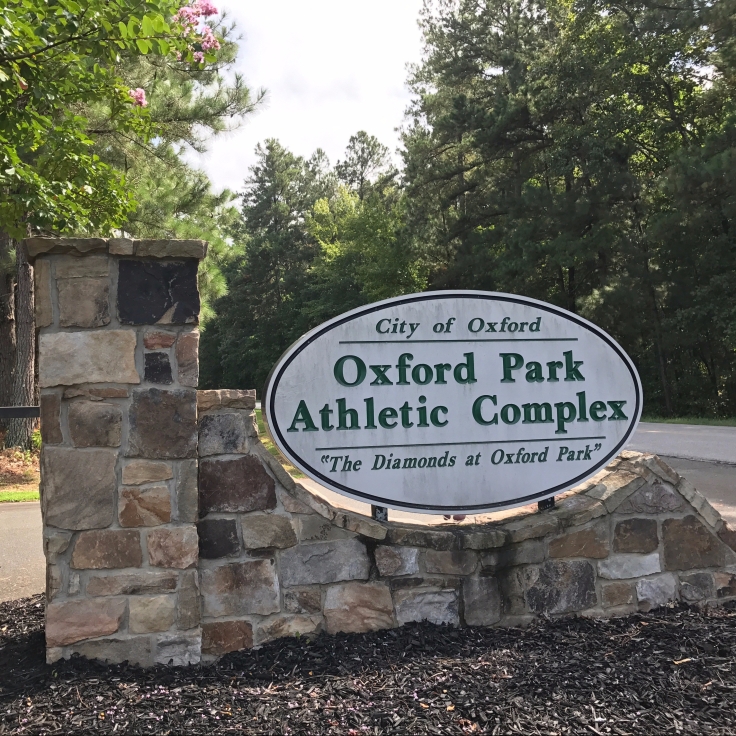 One thought on “Oxford Park Athletic Complex Review (The Diamonds)”